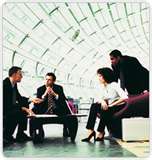 Thank you for visiting us


Once again, a U.S. Trustee is leading the way in exposing fraud in foreclosures. On Friday, May 21, 2010, United States Trustee R. Michael Bolen, Region 5, Judicial Districts of Louisiana and Mississippi, by Mary Langston, Assistant U.S. Trustee, New Orleans, Louisiana, filed a Motion for Sanctions against Lender Processing Services, Inc. and The Boles Law Firm. The Motion was filed in a bankruptcy action, In re Ron Wilson, Case No. 07-11862, U.S. Bankruptcy Court, Eastern District of Louisiana.

The U.S. Trustee is seeking to sanction LPS and The Boles Law Firm for making misrepresentations in statements and/or in testimony in open court, during the course of Show Cause proceedings initiated by the Court. Show Cause Orders were entered on May 9, 2008, July 11, 2008 and July 18, 2008. The misrepresentations relate to a Motion to Lift Stay (“2d MFR”) filed on March 10, 2008 and execution of a false affidavit supporting the 2d MFR, filed on behalf of Option One Mortgage Corporation, n/k/a Sand Canyon Corporation.
The misrepresentations concern payments received but not posted by Option One, dated January 2, 2008; January 31, 2008; and March 3, 2008 (the “Unposted Payments”).

According to the Trustee, Fidelity National Information Services, Inc. (now, Lender Processing Services, Inc.) misrepresented to the Court its knowledge of, and whether it communicated with Boles about the Unposted Payments. Further, the Trustee alleges that
LPS/Fidelity misrepresented that it did not function as a “go between” in this case, between Boles and Option One, with respect to the Unposted Payments.

Again, according to the Trustee, "The respondents’ [LPS and Boles] representations were not well grounded in fact, were made in bad
faith to avoid potential liability, and have resulted in unnecessarily protracted discovery and litigation concerning their roles involved with the 2d MFR and false affidavit."

In a 19 page Memorandum of Law supporting the motion for sanctions, Trustee Mary Langston set forth that Dory Goebel, an officer and employee of Fidelity, was questioned regarding an Affidavit she had submitted regarding unposted mortgage payments. Goebel essentially denied communications between Fidelity and the Boles firm:

"Goebel testified that Fidelity would not have communicated with the Boles law firm regarding post-referral payments; rather, Option was responsible for notifying its counsel directly about such payments. Goebel further testified that she reviewed the Wilson file,
and that were no communications between Fidelity and Boles regarding the Unposted Payments because “[n]o, that is not the responsibility of Fidelity. We would not know of additional payments, Option One would.” August 21, 2008 Tr. 110:18 - 111:5. Goebel’s testimony thus portrayed that Fidelity would not even know that a borrower’s post-referral payment had been received unless Option posted the payment on Option’s accounting system; and that Fidelity would not communicate with Option’s counsel about payments received." (Memorandum, p.8)

According to Trustee Langston, "However, Goebel’s testimony simply does not comport with the evidence the United States Trustee has obtained from Option, Fidelity, and Boles through discovery." (Memorandum, p.8) The Trustee goes through the many communications that contradict Goebel's testimony. She concludes, "... the evidence establishes that both Boles and Fidelity had knowledge about the Unposted Payments which they misrepresented to the Court. Upon information and belief, Fidelity and Boles played an integral role in communicating about those very payments, participating in queries about how to handle the Unposted Payments." (Memorandum, p.9)

This is not the first time that a U.S. Bankruptcy Trustee has sought to impose sanctions against Fidelity and/or LPS. Most recently, the
in the case of Niles and Angela Taylor, 2009 WL 1885888 (Bankr. E.D. Pa. 2009), Judge Diane Weiss Sigmund also determined
that sanctions were warranted in a foreclosure case involving Lender Processing Services. Judge Sigmund described in great detail how the default mortgage servicing and foreclosure systems really work.

Lender Processing Services (“LPS”) was described as the largest out-source provider in the United States for mortgage default services. The LPS systems frequently resulted in incorrect information regarding mortgages reported to litigants and judges in foreclosure actions. The LPS network of national and local law firms were required to communicate directly with LPS, and not the mortgage servicers, about any issues that arose in any given case. Likewise, the servicers were required to execute a 51-page Default Service Agreement with LPS that
delegated to LPS all functions with respect to the default servicing work. LPS used a software communication system called “NewTrak” to deliver instructions and documents to the LPS network attorneys and to deliver any information to the servicers. LPS also had access to the servicers data-base platforms. The law firms were staffed primarily by paralegals with little supervision by attorneys. See
In re Taylor, supra, at 1885889 to 1885891.

Judge Sigmund found that he LPS system was designed to minimize human involvement. She concluded, “When an attorney appears in a matter, it is assumed he or she brings not only substantive knowledge of the law but judgment. The competition for business cannot be an impediment to the use of these capabilities. The attorney, as opposed to the processor, knows when a contest does not fit the cookie cutter forms employed by the paralegals. At that juncture, the use of technology and automated queries must yield to hand-
carried justice. The client must be advised, questioned and consulted. The thoughtless mechanical employment of computer-driven models and communications to inexpensively traverse the path to foreclosure offends the integrity of our American bankruptcy system. It is for those involved in the process to step back and assess how they can fulfill their professional obligations and responsibly reap the benefits of technology. Noting less should be tolerated.”

In a case pending in the United States Bankruptcy Court for the Southern District of New York, In re Silvia Nuer, Case No. 08-17106 (REG), in a Memorandum of Law of the United States Trustee in Support of Sanctions Against J.P.Morgan Chase Bank National Association, filed January 4, 2010, the Trustee reviewed the testimony of Mr. Herndon, a witness for Chase, who testified that the chain of title for the property in question passed through three entities. Previously, however, Chase had submitted contrary documents. In particular, Chase had
submitted an assignment “that appeared to show that Chase assigned its right as mortgagee to Deutsche, as trustee for Long Beach Mortgage Trust 2006-2. The Assignment was signed by Scott Walter as “Attorney in Fact for Chase (the “Walter November 1 Assignment”)…It was signed on November 1, 2008, after the Filing Date. This 2008 Assignment to a trust that closed in 2006 signed by an individual who did not in fact work for Chase has become the focus of the sanctions debate. Regarding the Walter Assignment, the Trustee states: “Here, the misconduct of Chase includes the attachment of the Walter November 1 Assignment…Chase’s own witness could not explain the Walter November 1 Assignment…”

Walter was actually an employee in the Minnesota office of Lender Processing Services.

What is an appropriate sanction for a company that repeatedly makes false statements in bankruptcy proceedings - and files false mortgage assignments and Affidavits - so that the bankruptcy judge will lift the stay and allow a foreclosure to proceed more quickly?

If the debtor engaged in these acts, the case would be referred to the U.S. Attorney so that criminal charges of bankruptcy fraud could be filed against the debtor. Why should a repeat offender deserve less?